Cllr. Lawrence Marshall served as Chairman of the Town Council and Mayor of Silloth from May 1994 to May 1996. 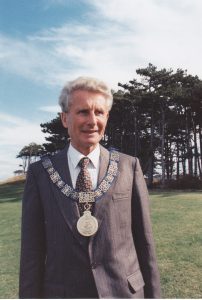 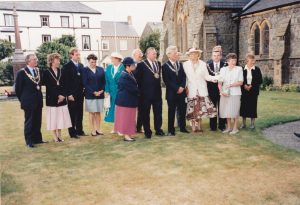 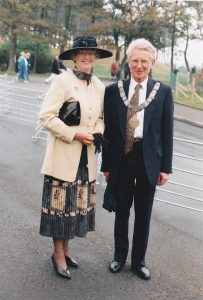 11 October 1995 – Lawrence & Mary Marshall at the opening of the new boathouse and launching of the new Lifeboat, Spirit of Cumbria. 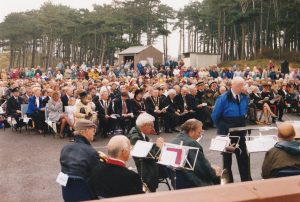 11 October 1995 – Guests at the opening of the new lifeboat station. HRH The Duchess of Kent named Silloth’s new Atlantic 75 lifeboat Spirit of Cumbria and opened the new boathouse. 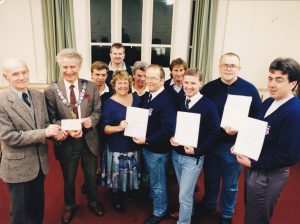 Handing over certificates to members of Silloth Lifeboat. Bill Irving received a special recognition award for his long association with the Lifeboat from Mayor Lawrence Marshall. Approx. 1995. 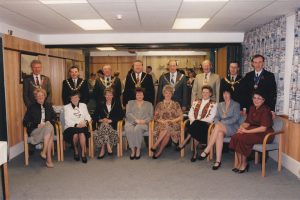