At 10.00am, on Tuesday 3 September 2019, on a drizzly wet morning, Cllr. Graham Wilkinson, Deputy Mayor of Silloth welcomed everyone to the flag raising ceremony on Silloth Green, to celebrate “Merchant Navy Day”.

A Red Ensign flag is flown to mark the week-long celebrations taking place nationally in support of the brave men and women of the Merchant Navy, who kept our island nation afloat during both World Wars, and to celebrate our dependence on modern day merchant seafarers who are responsible for 95% of the UK’s imports.

Cllr. Wilkinson read out a message from HRH The Earl of Wessex:

“On this Merchant Navy Day, I very much hope you will support this campaign by Seafarers UK to remember the sacrifices, salute the courage and support the future of the often unsung personnel of our Merchant Navy.  Too often they are the forgotten or invisible service, by raising the Red Ensign you will ensure that at least on this day they are remembered.  Your act will mean so much to their families and to the retired, but most especially to those at sea.” 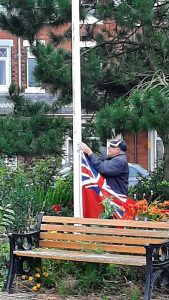 The expansion of Silloth-on-Solway into a planned Victorian town in the mid-19th century was inextricably linked to the development of the Docks, the Harbour and the Railway.  Silloth retains a busy working port, an active Lifeboat Station with its dedicated volunteers and a small fishing fleet.

The flag raising ceremony was well attended and included representatives from the Town Council, Docks, Lifeboat Station, Fire Service, Church and other organisations in the town.  Many thanks to everyone who attended. 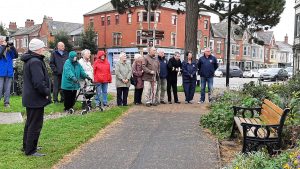 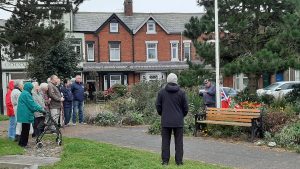 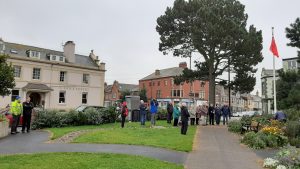