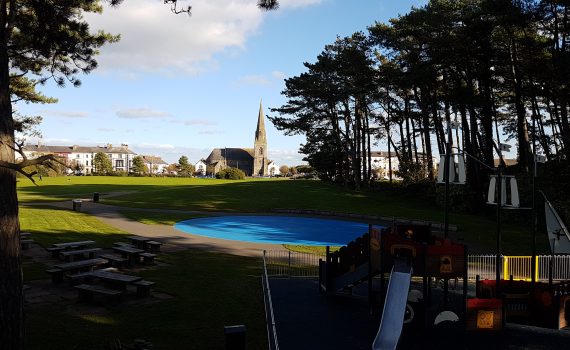 Councillor Anthony Reid said “Being one of the founding reasons for me joining Silloth Town Council, after talking with numerous members of both the community and visitors to Silloth, I decided I would set in motion the foundations for building a toddler play area located near the splash park, as I believed this was one amenity the town was, in need of.  Spurred on by the extremely positive backing of both the Town Council and residents alike, myself with a lot of help from Town Clerk Wendy Jameson carried out plenty of research, and plans were drawn up for the fantastic design we now have.  I am extremely pleased with the final outcome and even more so, after seeing the young children braving the adverse weather to play on the new Play area today.  I can’t thank enough the residents of the town for their ongoing support and patience during the process, as well as all those involved.  I would especially like to extend my gratitude to both Councillors Bill Jefferson and Alan Smith for their role in helping propel the project over the final hurdle to the completed asset we now have on the Green which I’m sure will bring much pleasure to both the young children of Silloth and visitors to this beautiful little town.” 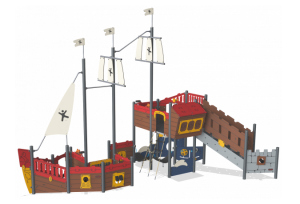 The main feature of the new Silloth Green Play Area is the custom-built ship which has been specially designed to offer many inclusive features and is classified as DDA accessible. The open layout of the ship lends itself well to allowing children of all capabilities to join in imaginative games both inside and outside the ship which is vitally important to provide an inclusive play environment for all children. Play activities on the lower and upper deck allows everyone to play together. The manipulative and interactive components like e.g. the binoculars, ships wheels, music and play panels will ensure endless hours of creative and imaginative play which support children’s social/emotional and cognitive/creative development.

The new play area was provided by Kompan UK Ltd, as it was agreed their design was the best option in terms of play value, the quality of the equipment and the guarantee provided.  The project was funded with a Community Grant of £1,000 from Cumbria County Council and £2,000 from Silloth Rotary Club, with funding of £7,000 from the Town Council.  Additional funding of £30,000 was provided by Allerdale Borough Council which was a great bonus and enabled the project to be completed sooner than anticipated.

Councillor Bill Jefferson said “We hope the new play area will become another firm favourite on Silloth Green and provide hours of enjoyment for many years to come. I am delighted with the result and the Pirate Ship is a worthy enhancement to the magic of Silloth Green.” 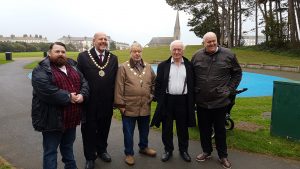 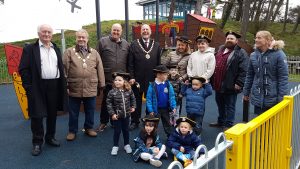 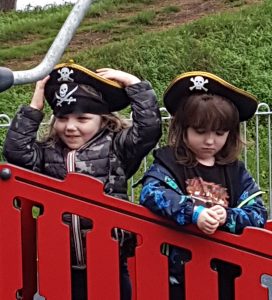 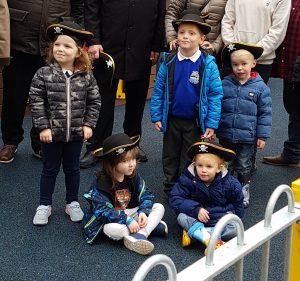 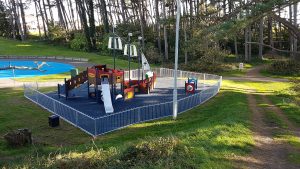