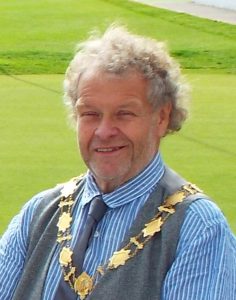 Cllr. Markley said “I enjoy my role as Mayor and will continue to promote “Silloth-on-Solway”, the Solway Coast and all of its residents to the best of my ability.”

The Mayor of Silloth is happy to support any Silloth-based resident, organisation or group, as far as diary commitments allow.  If you would like the Mayor to attend an event, please contact the Town Clerk or the Mayor direct.